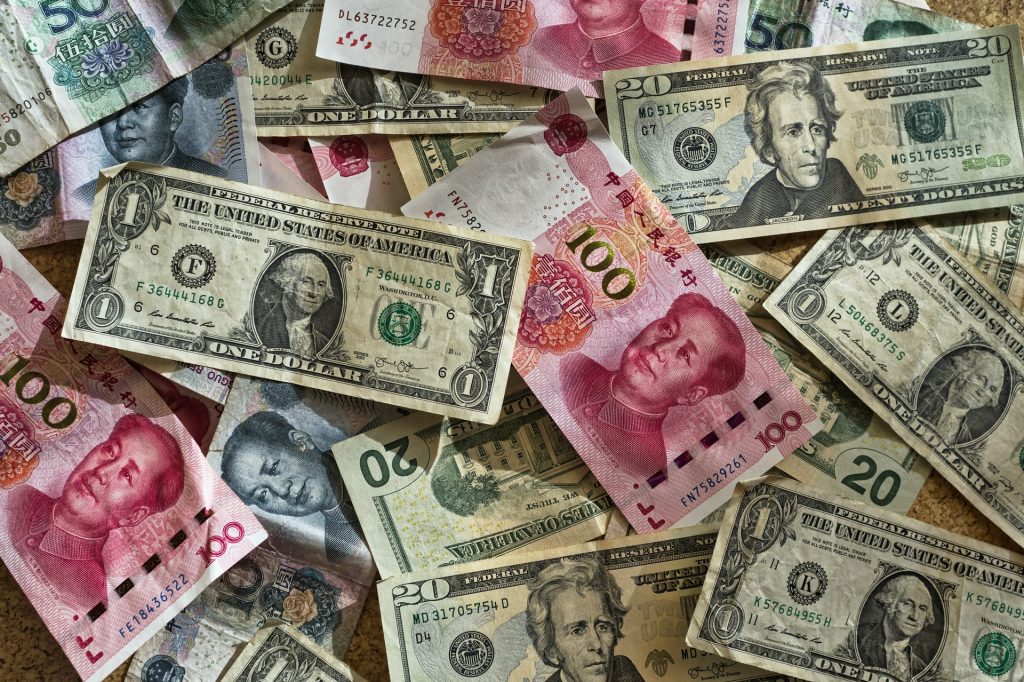 Digital currency is not a new fad and has been around basically since the internet was created. But the threshold for accepting an entirely new currency created only for digital transactions is starting to be reached. Bitcoin is increasingly seen as a legitimate currency, with Microsoft and AT&T accepting it as payment. Facebook is trying to launch Libra, it’s own currency.

And now, for the first time, a country is creating its own digital currency.

China announced that within the next month, government employees in 4 major cities will be receiving a portion of their salary electronically through a smartphone app.

Is China trying to unseat the US Dollar’s international hegemony?

In 2019 90% of international transactions and 60% of foreign currency reserves were in USD, and these transactions were processed in the US. This allows the US to exert a large amount of muscle when it comes to international relations – they can enforce sanctions by not allowing deals to go through or giving out US currency.

With China’s new digital currency, international trade can be done in its own currency, Renmibi. Essentially, instead of the value of transactions being hedged in US dollars, they can utilize a blockchain escrow in Renmibi, and the transaction doesn’t require US facilitation, or interference, depending on how you look at it.

Down the road, if the cryptocurrency takes off, it means that international transactions can occur securely without the involvement of the US or the European-based Society for Worldwide Interbank Financial Telecommunication.

Why is China putting this system into place now?

The outbreak of the coronavirus from China to the rest of the world, and the perception that China hid the true, devastating nature of the virus, has soured many already strained international relationships with the country. Australia simply indicated they were going to start an inquiry into China’s handling of the coronavirus outbreak and China swiftly responded that they would cut all trading ties with the island nation, a devastating move as China is the largest trading partner for Australia’s top 5 industries.

Meanwhile, the US Government has been beating the war drums with China for the last few years, sabotaging both of their economies in an ill-conceived trade war. It’s no coincidence that as the US started initiatives such as the TransPacific Partnership, China started its retaliation by making a digital currency a national priority.

In the past month, the US gave China a new incentive to speed up the currency’s rollout, and now it is finally arriving.

What does this mean for your business interests in China?

China is a very important market and that isn’t going to change anytime soon. In addition, the Renmibi has slowly but surely been climbing its way up from the 8th most traded currency in the world in 2013, to the second last year. Together this means that China’s already large clout will continue to grow.

China promised in 2014 that their new crypto currency would dethrone the US dollar’s hegemony for international trade, and a country as motivated by honor as China, there is no reason to doubt their claim. It could be that within the next five years, your Chinese clients and partners will start pushing you to do transactions in their digital currency instead of USD.

For now, there isn’t much to do except to wait.

You can rely on us to continue monitoring the situation, and helping you strategize what steps are right for your company.